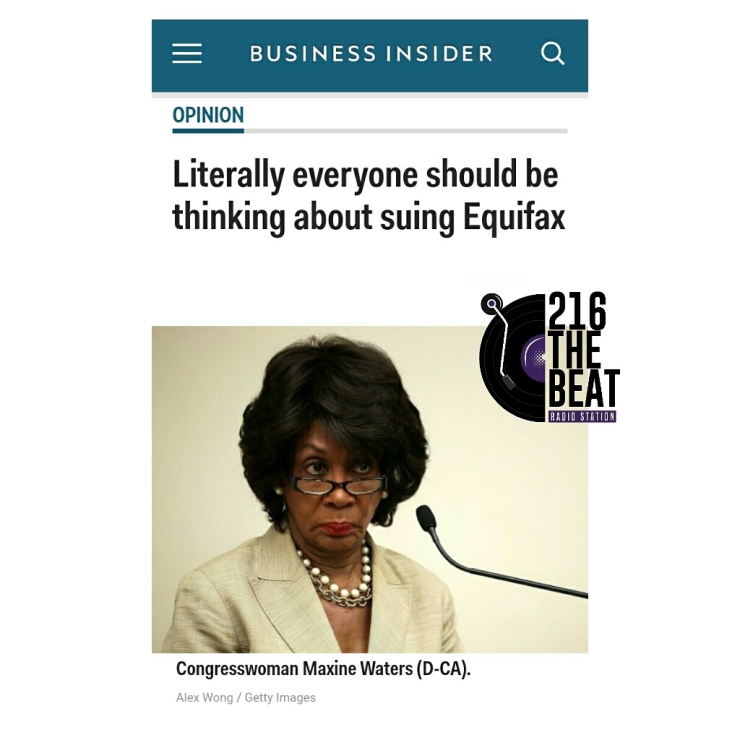 Everyone should be thinking about suing Equifax, and I mean everyone – the government, its shareholders, and its customers.

Equifax, a credit-checking company that holds sensitive data belonging to over 140 million, didn’t just have one of the worst security breaches in American history; it also handled the situation like a drunk teenager trying to hide the aftermath of particularly destructive house party.

If you’re not up to speed, the company says it found out about the breach on July 29 and waited until the night of September 7 to drop an 8-K – a government filing meant to inform investors of a material event – announcing the matter.

In the meantime, the company’s CFO managed to sell shares (the stock is currently down 13% post-report). Finally, to add insult to injury, the company asked customers to check whether or not their information had been hacked by entering their social security numbers.

What’s more, as one lawyer warned, if customers access the site to check if their info was stolen, they may be accidentally agreeing to settle the matter through arbitration, rather than a class-action lawsuit.

“The key here, though, is that Mueller clearly already has enough information on these accounts – and their link to a potential crime to justify forcing [Facebook] to give up the info,” she said. “That means that he has uncovered a great deal of evidence through other avenues of Russian election interference.”

It also means that Mueller is no longer looking at Russia’s election interference from a strict counterintelligence standpoint – rather, he now believes he may be able to obtain enough evidence to charge specific foreign entities with a crime.

Former federal prosecutor Renato Mariotti, now a partner at Thompson Coburn LLP, said that the revelationMueller obtained a search warrant for Facebook content “may be the biggest news in the case since the Manafort raid.”

The FBI conducted a predawn July raid on the home of Trump’s former campaign chairman, Paul Manafort, in late July. The bureau is reportedly investigating Manafort’s financial history and overseas business dealings as part of its probe into possible collusion between the campaign and Moscow.

Ms. Cream of the Crop

"Get On the Throne with The Elite Team" I'M THE HARDEST WORKING FEMALE YOU MAY EVER MEET!!! I am the owner of T.E.T. Entertainment L.L.C. About: We are a talent management/development agency based in Cleveland, OH. We also specialize in Entertainment event planning. Description of services: -Talent Development/Management -Consultation Services -Brand Management -Image Consulting -Multi-Media Solutions (videography/photography) -Entertainment event planning, production, & Marketing Services -Event professional photography -Host, Owner, Producer of "The Elite Radio Show" (Current) "Like" our Fanpage: https://www.facebook.com/pages/The-Elite-Radio-Show/153936518097273?fref=ts -T.E.T. Entertainment presents: Sunday Dinner Cypher | Monthly Hip Hop Cypher held at Villa sneaker village hosted by: DJ Stoke| Videography: #HipHopDigital | Photography: R. Lamar Photos #Its_the_R -Operations Executive for Oh Tens Magazine. www.ohtensonline.com and OOH-WEE Magazine (2011-2013) -Ohio Hip Hop Awards Rep/Sponsor (2007-2013) -Recurring show: Cleveland Music Classic, which is held every quarter. We showcase Cleveland and surrounding cities musical talents. (2008-2010) -Full Sail University working towards my BA in Entertainment Business and a Masters in Sports Management. -FOLLOW ME ON TWITTER: www.twitter.com/mscreamofthecrp -ADD ME ON FACEBOOK: www.facebook.com/mscreamofthecrop -FOLLOW ME ON INSTAGRAM: www.instagram.com/mscreamofthecrop "Like" our radio show fanpage www.facebook.com/theeliteradioshow -"Like" our company page: http://www.facebook.com/tetentertainment ****SERIOUS INQUIRIES ONLY****THANKS******** I have my hand in so many projects. Ask me and I probably know how to do it or can find someone who does. View all posts by Ms. Cream of the Crop